--HTML CODE FOR SOCIAL LINK--
``The Matrix Resurrections''
#6 At Box Office
This is Founded by Robert in 2002, This is The Truth About City. 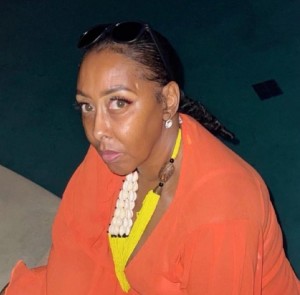 The iconic actor touched the lives of hundreds of people in front and behind the camera including Casting Director LaTanya Potts who met Poitier in 1998 on the set of Oprah Winfrey's remake of David and Lisa. “My inspiration to refocus in this industry comes from Sidney Poitier,” said Potts. “While working together, Mr. Poitier and I had many conversations during and after our days on the David and Lisa set about diversity and inclusion before it became a thing. He told me the truth about the business and gave me words of wisdom that ultimately redirected my focus to seek out untapped talent for TV and film.”

Poitier was a stage actor, film director, Bahamian Ambassador to Japan, a Knight Commander of the Order of the British Empire, and spoke fluent Russian. You could say he was a renaissance man and ahead of his time.

"Mr. Poitier is the reason I stayed in the business as long as I did, even though it was challenging to be a Black woman and in casting. I remembered what Mr. Poitier said about his contract containing a clause that it was mandatory to include diversity in front and behind the camera," said Potts who took a hiatus years later to concentrate on family and aviation business. "Mr. Poitier stood his ground when it came to ensuring people who looked like him were hired. A certain number of people would need to be on set to reflect the diversity, or he wouldn't take the role."

Although Poitier was not an American, he put his career on the line to join and publicly support the civil rights movement. "Mr. Poitier told me that he made a choice not to take roles that compromised his advocacy for civil rights. It was amazing to hear the stories of how he contributed to stopping the ugly truth about racism in America," said Potts. Poitier counted Actor/Activist Harry Belafonte as his friend.

The son of a dirt farmer, Poitier was an inspiration for people around the world and proved that you can achieve stardom and be a positive change in the world without losing your integrity.

"As famous and accomplished as he was, Mr. Poitier was humble, kind, gentle, and a joy to be around. He told me that when I start producing, he would gladly be my star. So, the news of his death was extremely devastating, and I will miss his mentorship and friendship dearly."

As the founder of the LaTanya Potts Casting established more than 20 years ago and based in Nevada and California, Potts was impressed that Poitier refused roles that were demeaning to the Black race and as a dignified man.

Potts is no stranger to being in the circles of the rich and famous. She is the fourth generation of trailblazing family members in the entertainment industry. The Potts family legacy in cinematic history began in 1929 with relatives Nyanza Potts, Mahlon Potts, Malcolm Potts, and Arvert Potts who were all pioneers in films.  The Potts brothers were featured in iconic movies, such as, ‘King Kong’ (1933), and worked with Shirley Temple and more.

"My family are pioneers and worked with the Poitier and countless other A-list celebrities of different backgrounds and ethnicities," she said. Potts has worked with many A-listers including the late Paul Walker and the legendary Samuel L. Jackson.

Potts serves as cinema historian, exhibitor, and the administrator of the Potts family motion picture legacy.

"Casting is the element that holds a film together. It’s that creative eye for detail, that sixth sense for the next A-Lister, and having that ear to the ground," said Potts who was born in Louisiana and raised in California.

“Just as someone gave me a break, I strive to give actors a break too,” she says. Potts is always scouting for new, exciting screen stars who can be molded. One of the most memorable selections she made was casting a then-unknown Terrence Howard in Love Chronicles. Howard went on to be nominated for an Academy Award and is one of today’s best-known actors. "I saw the triple-threat qualities - act, sing, and dance - in Alexandra Shipp who portrayed singer Aaliyah in a TV movie, and Kimberly Woodruff in the Oscar-nominated film, "Straight Outta Compton."

Potts tirelessly devotes herself to philanthropic causes and established Hollywood Veganista, a nonprofit organization, that develops healthy meal plans and offers holistic and health and wellness programs. She recently partnered with Film Producer and Celebrity Publicist Marie Lemelle to produce a reality TV series, "The Wedding Angels," to help couples in love by gifting them with a dream wedding experience in Las Vegas.

As the CEO and founder of LaTanya Potts operate bicoastal offices in Los Angeles and Atlanta.  During her time in the business, Potts has worn many hats in the industry, having worked at Paramount, CBS, Warner Bros., and FOX.  In addition to casting, she has also worked as a talent coordinator for several award shows and as a producer for television and film. LaTanya has worked on the gamut of casting projects from studio to independent films; small and large budgets; predominantly African American to the mainstream; and television, commercials, and stunt casting.

LaTanya Potts is the CEO of Go2 Studios West. In 2017, Go2 Studios West, an independent, full-service production and distribution company. The film studio is fully equipped to develop, produce, deliver and distribute major motion pictures and television programming for domestic and international venues at the studio level. The company was created by a multi-talented team of film professionals with outstanding track records in the entertainment industry. Go2 Studios West production team has worked side-by-side with Academy Award films and Emmy Award-winning television shows with 40 years of combined entertainment industry experience.